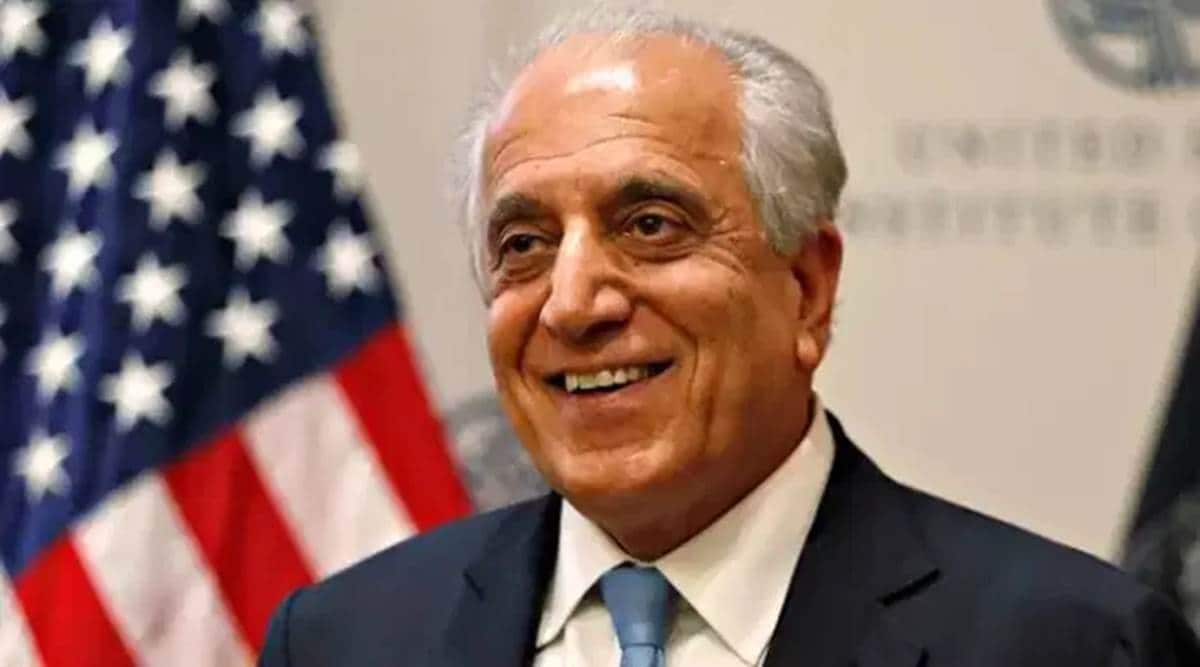 On his first visit to India after the intra-Afghan talks began in Doha, the US special envoy on Afghanistan reconciliation, Zalmay Khalilzad, tells Shubhajit Roy that India’s participation signalled that it supported intra-Afghan negotiations for peace. Excerpts:

How was your conversation with External Affairs Minister S Jaishankar and NSA Ajit Doval?

The conversation was good. I have known both of them for some time. Afghan negotiations for peace have just started. The requirement is what we and other outside powers and regional players can do to encourage the parties to come to an agreement and then with the implementation of the agreement. We also talked about the need for a broadly supported peace agreement among Afghans. It was a good meeting.

Jaishankar participated in the ceremony of the start of the negotiations Saturday. How do you see that?

Minister Jaishankar participated in (the) opening ceremony and there was an Indian delegation in Doha. As I said before, support for peace not only means agreement among Afghans, but also (support from) regional and global powers. So, we welcome India’s support for peace in Afghanistan.

Have you seen an evolution in India’s position when it comes to engaging with the Taliban?

We did not discuss the issue of Indian engagement with the Taliban.

Do you think India is moving towards engaging with the Taliban?

Well, I think India’s participation in the inauguration is an indication that it supports intra-Afghan negotiations for peace. India recognises the negotiations that not only the Afghans have a role to play in this—which is the primary role—but also the regional powers and the broader international community is affected by the conflict in Afghanistan. It is affected by the outcome of this conflict, but also contributes most to reaching an agreement and the implementation of that agreement and sustaining whatever peace agreement is made by economic assistance, investment, trade. This is very welcome and very positive. We were very pleased.

What about India’s concerns on terrorism that emanates out of Pakistan that may affect Indian interests in Afghanistan and beyond, in India as well?

The key part of the agreement between the United States and Taliban and the joint statement between the United States and the Afghan government is about terrorism. And the presence of terrorist groups like Al Qaeda and others on Afghan soil should not be allowed. They should not be allowed to recruit there, raise funds there. And not pose a threat to countries in the world, including India.

The key requirement from the world is that Afghans deserve economic investment from and trade with the rest of the world but in turn, it is their obligation to make sure that the world does not feel threatened from Afghanistan. On this issue, there is no difference of view, and we are on the same boat…on the issue of terrorism.

In what ways can India and the US cooperate in Afghanistan?

Well, we can cooperate in encouraging the parties to compromise, to stay at the table, to come to a political agreement, to come to an agreement immediately on reduction on violence, then on the permanent ceasefire — in the case of Afghans.

And with regard to the region and beyond, India and the United States and others can cooperate to make sure that the environment regionally and internationally is supportive of the peace process. I found the discussions very constructive in that spirit in Delhi.

So you talk about cooperation from regional powers. Do you see the possibility of India and Pakistan cooperating on Afghanistan?

I hope the objective that I described can be supported by Afghanistan’s neighbours, all of them, certainly Pakistan as well. Pakistan has been supportive of our efforts to pursue peace. Also, (they) are supportive of that objective as described. I was in Islamabad and had similar discussions there. So I think this is a moment of opportunity where we can all use our relations that we have to ensure (that) the process succeeds.

What about the concern about women’s rights in Afghanistan?

We support women’s rights… We support minority rights. We stand for democracy, freedom of the press, freedom of assembly, rule of law. We know that Afghans can decide for themselves, but we know what we stand for. We would like Afghans to respect these universal values. We are encouraging them to do so. India (has) made similar points.

First round of RTE: 6,892 kids admitted in pvt schools of Ahmedabad

LeBron James and the Miami Heat, together again at the NBA Finals

I Am Woman singer Helen Reddy dies at 78

Borat sequel to be released by Amazon before election

Covid-19 sero survey: Over 9 crore infected, tenfold hike in infections among adult Indians in past 3.5 months

Bollywood is far ahead of Hollywood: Nishabdham actor Madhavan