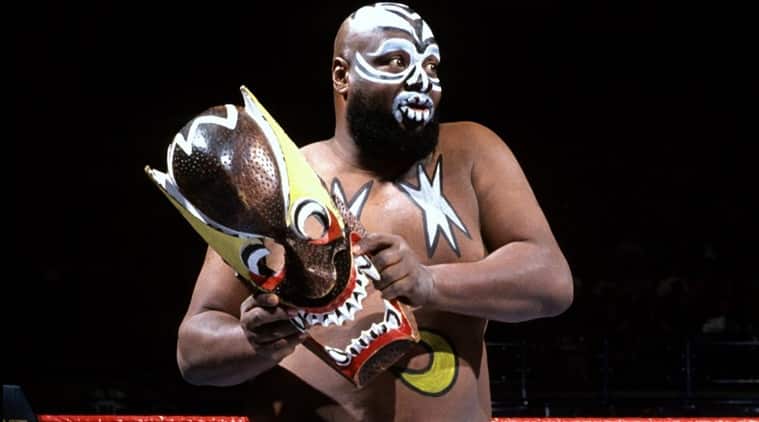 One of the most iconic superstars of WWE, James Harris, popularly known as Kamala, passed away at the age of 70.

Under the frightening face paint of Kamala, the 6-foot-7, 380-pound Harris battled the greatest Superstars in sports-entertainment history, including Hulk Hogan, The Undertaker and Andre the Giant. He terrorised opponents and thrilled audiences in Mid-South, World Class Championship Wrestling, WCW and WWE.

Despite retiring, Kamala made appearances on shows until 2006 but started facing health issues with both his legs amputated. This was before undergoing an emergency surgery in 2017 that put on life support due to complications. In 2011, Harris had his left leg amputated below the knee due to complications of high blood pressure and diabetes and had even launched a campaign seeking donations to cover his medical expenses.

RIP Kamala… One of his best moments! pic.twitter.com/NWfjON5CAC

My sincerest condolences to the family of James Harris, best known for his run in WWE and Memphis as Kamala. He sadly passed away yesterday at the age of 70. pic.twitter.com/ul9D71gfjX

Characterised by an African mask, warpaint and a loincloth, Kamala portrayed a fearsome yet simpleminded Ugandan warrior carrying a spear and shield. He is best known for his appearances with the World Wrestling Federation (WWF) in the mid-1980s and early 1990s.

In November 1992, Kamala lost to The Undertaker at Survivor Series in the first-ever televised casket match. Post-retirement, Harris continued to make sporadic appearances in WWE.

Income Tax appeals to be finalised in a faceless manner: Know the online process for taxpayers

India feels absence of a PM with depth of Manmohan Singh: Rahul Gandhi

New RBI guidelines on loan moratorium: What should borrowers do?