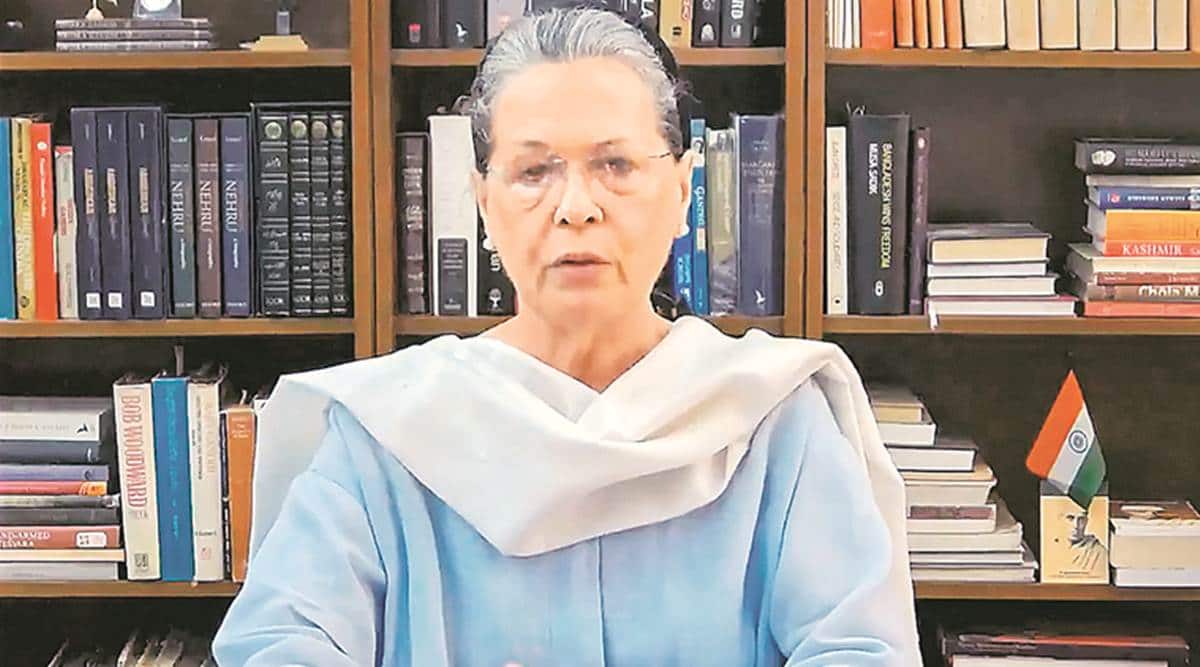 Sonia Gandhi’s assertion came at a meeting of AICC General Secretaries and state-incharges which was presided over by her.

Congress president Sonia Gandhi on Sunday exhorted party leaders to wage a struggle for people’s issues while noting that democracy was passing through “most difficult times”.

Sonia Gandhi’s assertion came at a meeting of AICC General Secretaries and state-incharges which was presided over by her.

Tweeting about the meeting which began at 4 pm, the Congress’ chief spokesperson Randeep Surjewala said, “Sonia ji exhorted everyone to wage a struggle for people’s issues and ameliorating their sufferings as our democracy is passing through most difficult times.”

The meeting assumes significance as it comes ahead of the crucial Bihar polls and key bypolls in various states, including in 28 Assembly seats in Madhya Pradesh.

The Congress has been vehemently raising issues like the passage of farm bills, the alleged gang-rape and death of a Dalit girl in Uttar Pradesh’s Hathras, the law and order situation in Uttar Pradesh, the state of the economy and the government’s handling of it.

The party has been carrying out nationwide protests against the farm bills.

Sun Oct 18 , 2020
The govt on Friday had issued notices to Amazon and Flipkart for not displaying the country of origin for goods sold on their platforms. Ease of Doing Business for MSMEs: Amid Modi government’s crackdown on Jeff Bezos’ Amazon India business and Walmart-owned Flipkart for not displaying country of origin information on products sold, […]