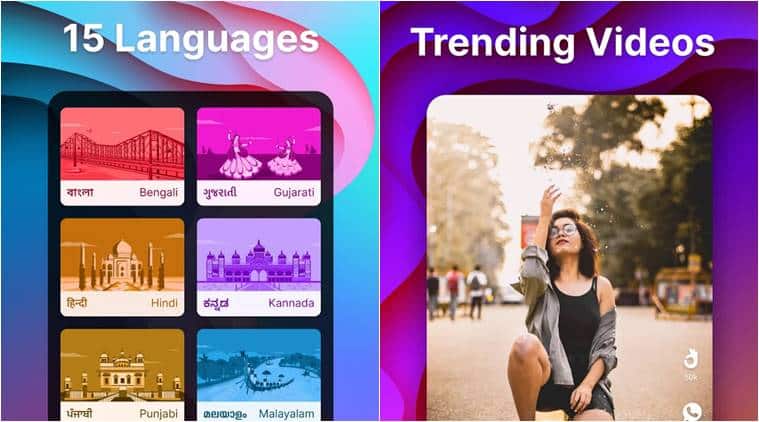 ShareChat launched Moj, a social video-sharing platform earlier this week. With anti-China sentiment prevailing due to tension on the Indo-China border and the government banning 59 Chinese apps including TikTok, ShareIt, etc, Moj registered over one million downloads within a week. Similar to the popular app TikTok, Moj allows users to create short videos with special effects, stickers, and emoticons.

There is a massive surge in downloads since the ban on TikTok resulting in demand for alternate Indian apps. Moj has received mostly positive ratings resulting in a 4.2 rating on Play Store after over eight thousand reviews.

The app has been made to cater to the Indian audience as it supports 15 languages including Bengali, Gujarati, Kannada, Malayalam, and others. It does not support the English language.

The app is also a rival to Chingari, a TikTok-like Indian app. Chingari app has over 10 million downloads after three weeks of launch and a 3.9 rating on Google Play Store. Over one lakh users have reviewed the app so far. One of the founders of the video-sharing platform, Sumith Ghosh revealed that the app recorded over 5,33,170 users live in a period of three minutes at one point.

Amidst, the surge in downloads of Indian apps, Prime Minister Narendra Modi on Saturday launched the Aatmanirbhar Innovation Challenge, inviting India’s tech and community to create an Aatmanirbhar App Ecosystem. It also has plans to promote the existing Indian apps and platforms in categories like E-Learning, Work from home, gaming, business, entertainment, etc.

Earlier the Ministry stated they banned the 59 Chinese apps because were “prejudicial to sovereignty and integrity of India, defence of india, security of state and public order.”

My father was defeated at box office by hunks with six-pack abs: Irrfan’s Khan son Babil