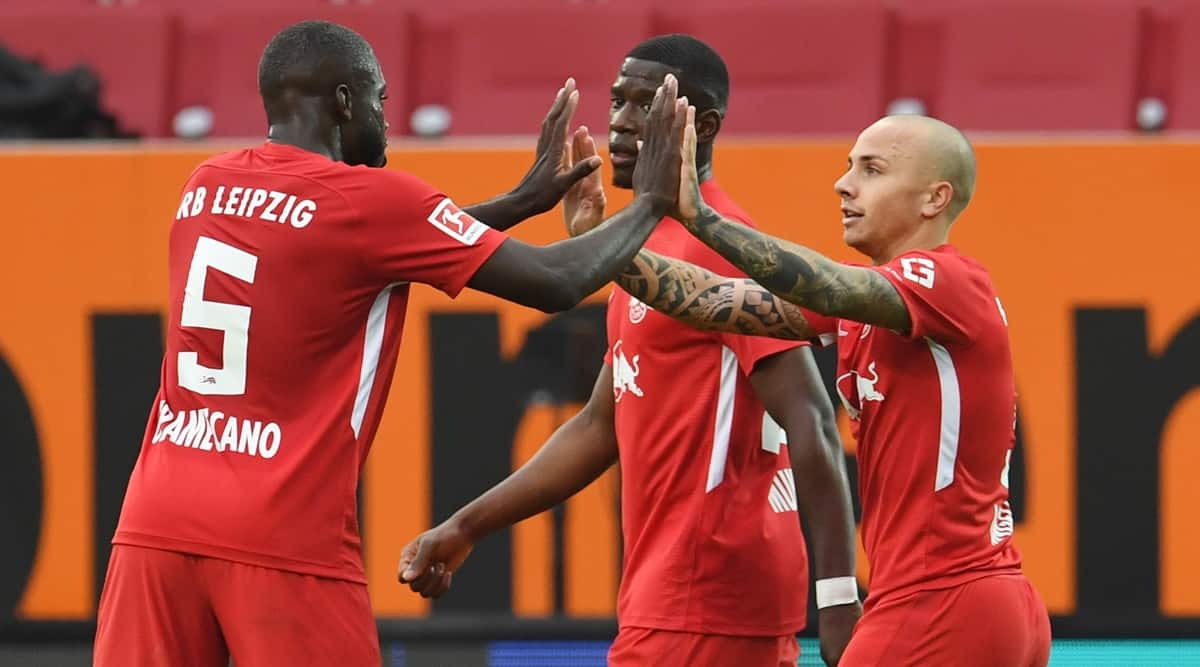 Leipzig, who have now gone a club record nine away games without defeat, struggled throughout the first half but scored on the stroke of halftime when Angelino drilled in a header at the far post from a perfectly-floated Dani Olmo cross.

“Dani Olmo knew that I often go to the far post. We had discussed it during the week,” Angelino said.

“That is how we set up the goal. I am happy it worked.”

An unstoppable left-foot volley from Yussuf Poulsen from yet another Olmo assist — this time a well-timed lob — in the 66th gave Leipzig a two-goal cushion.

They then eased off with their Champions League debut against Basaksehir looming on Tuesday. Leipzig moved up to 10 points with Dortmund on nine.

The Ruhr valley club, with Reus and top scorer Erling Haaland starting on the bench, were nowhere near their best and had to wait until late in the first half for their first opportunities.

Giovanni Reyna’s effort was saved on the line Thomas Meunier’s header bounced off the crossbar.

Reus and Haaland were brought on in the 64th and instantly breathed life into their team’s attack.

They combined perfectly for the Dortmund captain to tap in the winner 14 minutes from time, completing a successful dress rehearsal for Tuesday’s Champions League match against Lazio in Rome.

Bayer Leverkusen managed their first win of the season thanks to Lucas Alario’s 30th-minute winner against Mainz 04, who have now lost the first four games for the first time since the 2005-06 campaign under then coach Juergen Klopp.