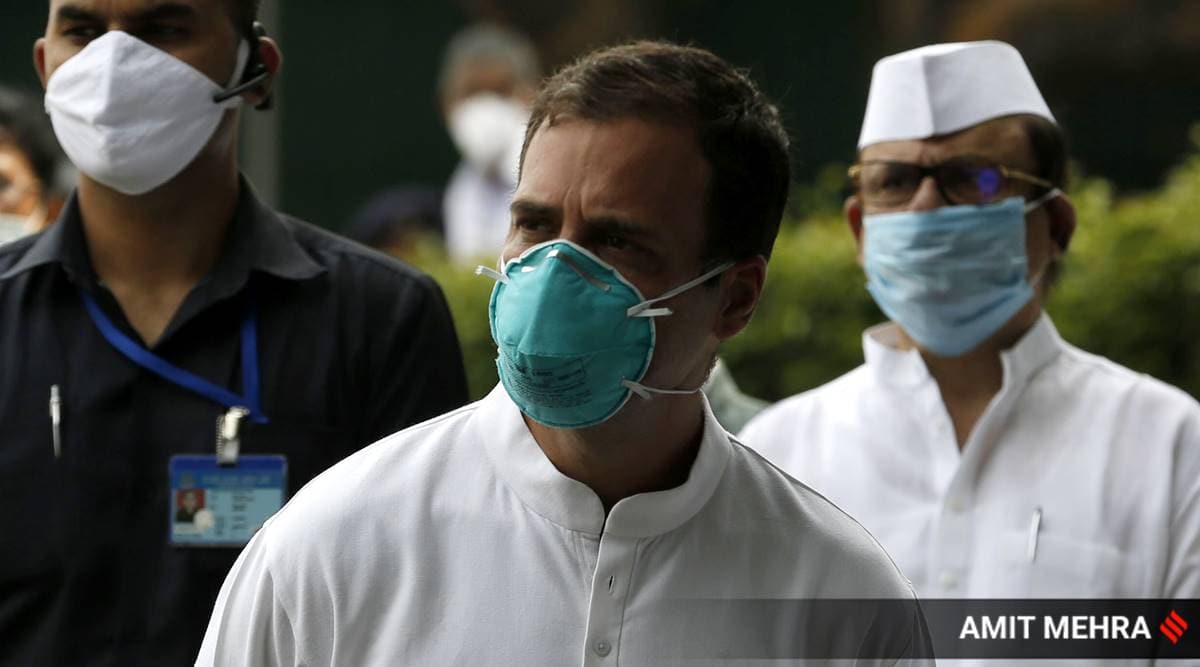 Echoing civil rights activist Prashant Bhushan’s comments, Congress leader Rahul Gandhi Tuesday said that the India Against Corruption (IAC) movement and Aam Aadmi Party (AAP) were propped up by the RSS-BJP to subvert democracy and bring down the UPA government.

Bhushan was a core member of IAC, which was the precursor to AAP led by Delhi Chief Minister Arvind Kejriwal. In 2015, he was expelled from the party along with Yogendra Yadav over alleged “anti-party activities”.

In an interview with India Today’s Rajdeep Sardesai, he said: “In hindsight there are two things that I do regret. One is not seeing that the movement was to a large extent supported and propped up by the BJP-RSS for their own political purposes to bring down the Congress government and get themselves in power.”

What was known to us has been confirmed by a founding AAP member.

The IAC movement & AAP were propped up by the RSS/BJP to subvert democracy and bring down the UPA government.https://t.co/QDYyOOTtw7

On Tuesday, Rahul tweeted: “What was known to us has been confirmed by a founding member of AAP. The IAC movement & AAP were propped up by the RSS/BJP to subvert democracy and bring down the UPA government.”

Senior AAP leader and Rajya Sabha MP Sanjay Singh said Congress was making excuses to hide its failures. “Till when will you make excuses to hide your failures? Stop crying now. The truth is that the country has no hopes from BJP and Congress. Only AAP talks about the country, and solves their issues of schools, hospitals, power, and water. In future, AAP will be the country’s choice,” he said.

This is not the first time Bhushan has attacked AAP. He has earlier spoken about the party’s choice of poll candidates, allegations of corruption and, more recently, said the party had strayed from its basic principles.

“AAP could have been an alternative, if Kejriwal & Co had not converted a party whose raison-d-etre was alternative politics, to a petty group of ambitious, amoral & unprincipled nobodies. Now it will remain a wannabe BJP with a wannabe-Modi leader,” he had tweeted in July this year.

Bhushan and Yadav did not respond to calls or messages seeking a comment.

AAP National Treasurer Deepak Bajpai, who was part of the IAC movement, hit out at Bhushan on Twitter after Congress general secretary Randeep Singh Surjewala said Bhushan had shown courage and spoken the truth.

Bajpai said that Bhushan’s father, Shanti Bhushan, had appealed to the people of Delhi to vote for Kiran Bedi and the BJP, and that he was now reading the Congress’s script. He also said that during the IAC movement, Bhushan was a “BJP agent”. Another senior leader said the party top brass has chosen to largely ignore Bhushan’s comments as it doesn’t want to engage in an “avoidable political slugfest”.

Tue Sep 15 , 2020
Although there are 92 jute mills and more than 5 lakh jute product manufacturers across the country, IJMA initiative has just roped in 3 jute mills and 200 manufacturers into its platform. The Indian Jute Mills Association (IJMA) has launched an e-market place to create a global demand for jute […]

Sugar mills get 1-month window to get subsidy on loans to set up ethanol distilleries; check deadline