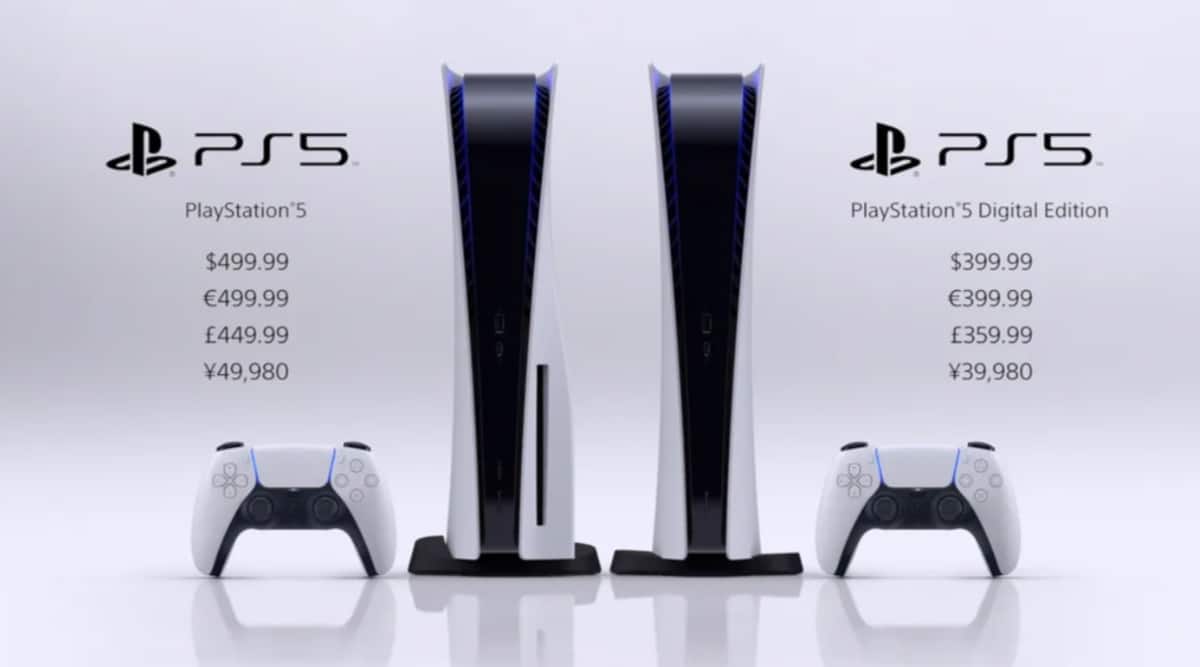 Sony on Thursday announced the price and release date of the PlayStation 5, its next-generation game console. The PlayStation 5 will cost $499, while the PS5 Digital Edition will cost $399. The Japanese tech giant said the PS5 will launch in the US, Canada, Japan, Mexico, Australia, New Zealand and South Korea on November 12 and the “rest of the world” on November 19. Pre-orders for the next-generation game console will begin today. Sony is yet to announce the price and release date of PS5 for the Indian market.

Sony’s strategy is similar to that of Microsoft. It will too sell two new, next-gen consoles in the market: one with a 4K Blu-ray drive and a Digital Edition that can only stream and download games from the PlayStation Store. 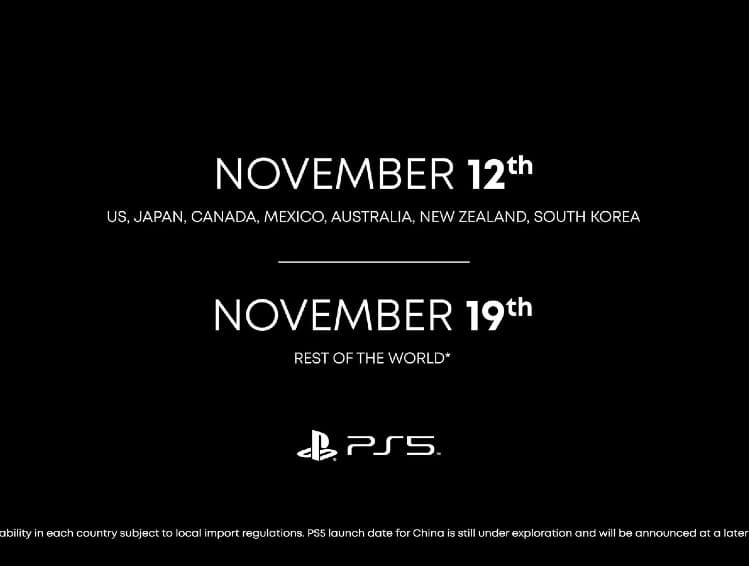 Sony will also sell a version of PS5 with a disk drive.

The PlayStation 5 uses an eight-core AMD Zen 2 CPU and a custom AMD RDNA 2-based GPU, which provides 10.28 teraflops of power with 36 compute units running at 2.23GHz each. System memory will be 16GB. The PS5 will have a solid-state drive (SSD) and will support features like real-time ray tracing. The machine will also support 4K graphics at a 120Hz refresh rate, 8K graphics, and 3D audio. Sony said the PS5 will include support for backwards compatibility with PS4 games. The new system ships with the DualSense controller.

As for accessories, the PlayStation 5 will support a number of peripherals. Sony’s new DualSense controller will cost $69.99 and the charging station, which can recharge two DualSense controllers at the same time, will set you back by $29.99. Meanwhile, the Pulse 3D wireless headset is priced at $99.99 and the console’s media remote will cost $29.99. Sony will also be selling the HD camera for $59.99.

The PlayStation 5 is getting a number of high-profile games including Marvel’s Spider-Man: Miles Morales,  Devil May Cry 5, Fortnite, Demon’s Souls, Final Fantasy 16, Resident Evil Village, Gran Turismo 7, Deathloop, among others. The PS5 will also get a God of War game called God of War: Ragnarok. It will arrive sometime in 2021. Hogwarts Legacy, an open-world Harry Potter universe game from Warner Bros, is also coming to the PS5 next year.

Sony has also introduced the PlayStation Plus Collection for PS5. It is essentially an answer to Xbox Game Pass. It’s a subscription service that will allow users to play a bunch of PS4 games at no additional cost. The list of games that will be a part of the PlayStation Plus Collection are as follows: God of War, Bloodborne, Monster Hunter World, Final Fantasy XV, Fallout 4, Mortal Kombat X, Uncharted 4: A Thief’s End, and more.

Thu Sep 17 , 2020
Against such a backdrop, BP’s belief that peak oil demand has been reached and there will either be a decline or no increase hereon should come as a relief. Oil supermajor BP predicts a high likelihood of oil demand growth weakening sharply, hastened by the crash caused by the pandemic. […]

Babri order today, in the dock are Advani, Joshi, Bharti