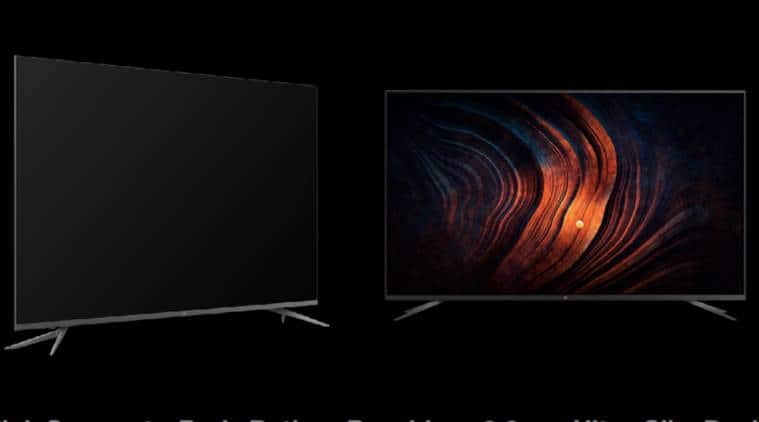 OnePlus entered the smart TV space last year with the Q series. But the two TVs launched under the Q series were for the premium consumers or people with high-budget. The company today enters the affordable smartphone market with the launch of the OnePlus U and Y series. India is the first country to get these ‘affordable’ TVs.

OnePlus TV U and Y series price in India

OnePlus TV 55-inch U1 launched in India with a price of Rs 49,999. The OnePlus TV 32-inch and 43-inch Y1 are priced at Rs 12,999 and Rs 22,999 respectively. All the three Smart TV variants will be on sale exclusively on Amazon. The company has confirmed that all TVs will be manufactured in India alongside the OnePlus phones including the OnePlus 8 series.

READ | OnePlus on U series launch: ‘We aim to set the standard for future smart TV products’

The new OnePlus TV U1 offers a minimalistic design. The screen-to-body ratio is a stunning 95 per cent. The bezels on the new TVs are almost negligible as OnePlus has used one single piece of Aluminum to give four almost 90-degree corners instead of the usual round ones. One of the major talking points of the new TVs’ design is that they are toned down to 6.9 mm at their thinnest points.

The new lineup also has a new Cinematic display under the hood with a DCI-P3 color gamut of 93 per cent to provide more vivid displays. They boast of Dolby’s imaging Vision HDR technology which will help improve contrast, colour and brightness of the TVs. These TVs will run on Android TV 9.0 topped by Oxygen OS.

OnePlus also claimed to have focussed on the audio front despite the TVs being thin. These TVs will have Dolby Atmos Cinematic Sound. The placement of the speakers has been changed as well to boost the sound.

The U TV series aims to rival MI TV series along with Viu, Realme, Motorola, Nokia, and others. They will also go up against Samsung, LG and other major brands entry-level TVs in these sizes.

The Guangdong-based brand entered the premium TV segment in India last year with Q1 series which had two variants. The OnePlus Q1 is a  4K QLED Smart TV that came without a stand whereas the Q1 Pro model came with a stand and had a motorized soundbar with four speakers, two twitters, and two sub-woofers.

The OnePlus TV U1 55-inch includes a dedicated Kids Mode so the children in the family can watch safe content.