Skip to content
Written by Divya A
| New Delhi | 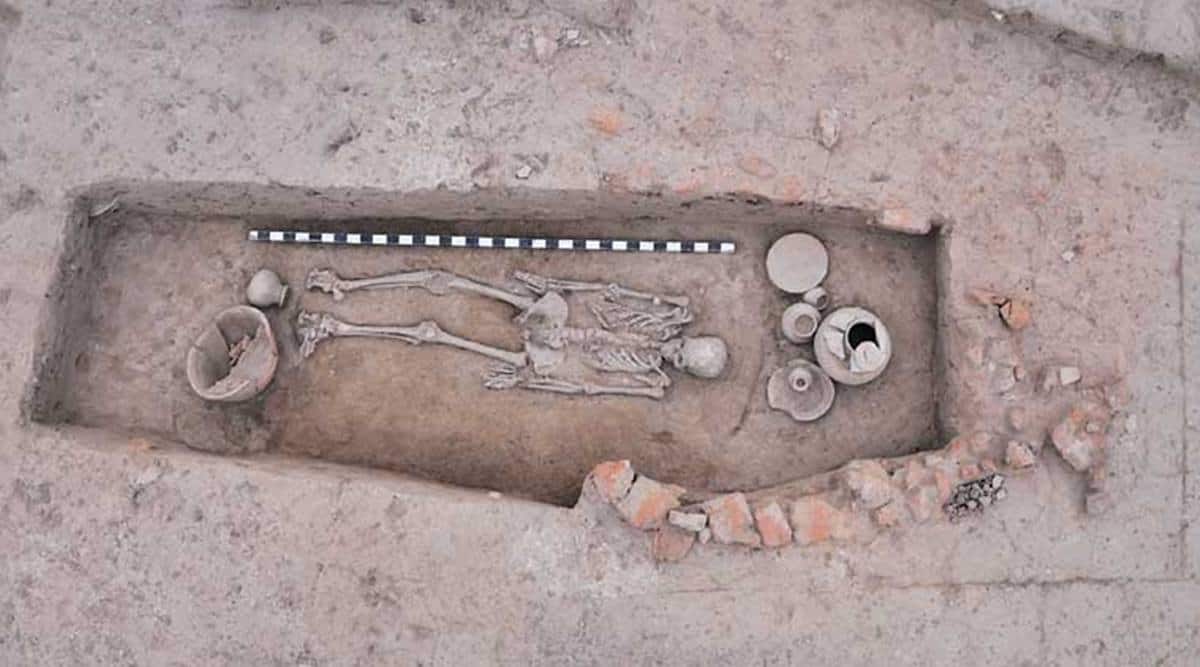 Union Culture Minister Prahlad Patel announced the panel, adding, “A committee has been set up for conducting a holistic study of (the) origin and evolution of Indian culture since 12,000 years before present and its interface with other cultures of the world.”

The government has again tasked an expert committee to conduct a study on “the origin and evolution of Indian culture dating back to around 12,000 years ago”. Earlier given the same mandate in 2016, the panel had failed to submit a report within its one-year deadline, and is now hoping to achieve the task in light of the findings of the Rakhigarhi, Haryana, excavations.

In a written reply in the Lok Sabha in the ongoing Monsoon Session, Union Culture Minister Prahlad Patel announced the panel, adding, “A committee has been set up for conducting a holistic study of (the) origin and evolution of Indian culture since 12,000 years before present and its interface with other cultures of the world.”

Mani, who had led the digging at the Ayodhya disputed site, told The Indian Express, “The mandate (of the committee) is to quell misconceptions created by Western scholars about Indian culture through archaeological, astronomical and literary evidences. For instance, the theory of Aryan invasion stands debunked in the light of the 2019 Rakhigarhi DNA report (under Vasant Shinde of Pune’s Deccan College), which points to the continuity of Indian culture since 4,500 years.”

The former head of the National Museum said the report will mostly focus on archaeological findings of the past 15-20 years “since that is considered as scientific evidence”.

“Even though there was no hard evidence yet to say Indian culture was 12,000 years old, archaeological excavations at Mehrgarh (now in Pakistan) put the age of the Indian civilisation at 10,000 years,” Mani said.

Vasant Shinde had led a team that analysed DNA samples of 61 skeletons found at the Harappan site in Rakhigarhi. The team said the analysis showed that present-day South Asians are descendants of an indigenous population.

“The South Asians who lived in the Indus Valley civilisation belonged to a completely different group of hunter-gatherers, who began farming much earlier. This is in contradiction to the theory that the Iranians and South Asians shared ancestry,” the study said.

As per the other, more commonly held theory, while the first humans (out of Africa) came to the Indian region 65,000 years ago, the Harappan civilisation was created by a mixed population of them and West Asian migrants who reached India around 9,000 years ago. The Aryans are believed to have arrived about 4,000 or 3,000 years ago, from the Central Asian Steppe region.

Shinde told The Indian Express that this evidence contradicting the Aryan invasion theory should reach the masses, and said he would be happy to present his papers to the committee, if invited.

Announcing the committee to study Indian culture back to 12,000 years in 2016, then culture minister Mahesh Sharma had said its mandate was to “trace Indian culture from way back and compare it with other cultures across the world. It has got nothing to do with Hinduism or Islam. It is about our civilisation”.

Dikshit, who chairs the new panel, like the earlier one, said they had held a couple of meetings on the matter last time.

Shastry said, “In 2016, I had presented literary evidence from the Vedas and Puranas to talk about the historicity of Indian civilisation. Rest is for the archaeologists to corroborate.”

Thu Sep 17 , 2020
“We feel that the interpretation taken by the tribunal is a plausible view, and the challenge on this ground (calculation) cannot be sustained, to refuse enforcement of the award,” the court said. In a setback to the government, which has in recent years challenged a few prominent international arbitral awards […]