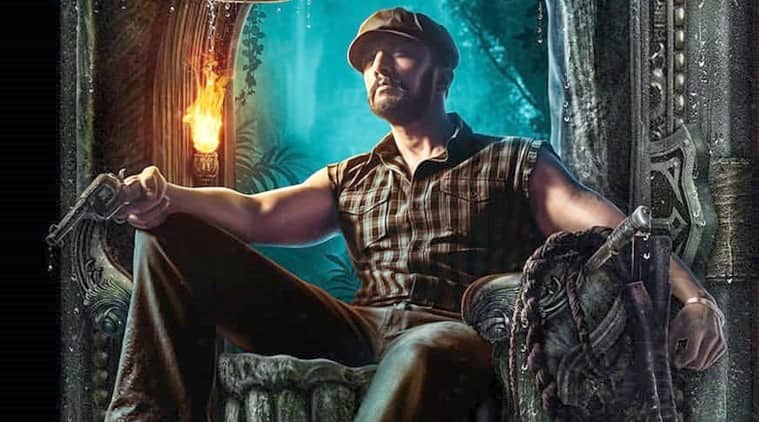 Director Anup Bhandari on Monday unveiled the first look poster of his next movie, Phantom, starring Kannada superstar Sudeep in the lead. Anup has been generating a lot of curiosity about the upcoming movie by frequently tweeting short video clips, giving glimpses of “the world of Phantom.”

“The character of Vikranth Rona is as powerful as his name. Nobody knows why he does what he does. But, there is a reason behind everything he does,” added the director.

The shooting of Phantom began last month after the government relaxed the COVID-19 restrictions, allowing the film industry to resume business. The film is under production at a studio in Hyderabad.

The filmmakers have said that they have taken all necessary precautions to create a safe environment amid the ongoing pandemic. It is believed, given that the shot will happen within a studio setting, it will allow the makers to follow all the safety guidelines issued by the government.

Anup made his directorial debut with Raagi Taranga. The film about a series of mysterious deaths involving pregnant women became a major box office hit. However, his second directorial outing Rajaratha, tanked at the box office. Following which Anup announced two projects with Sudeep. He said he will be shooting Billa Ranga Baashaa with Sudeep. However, the actor-director duo began the shooting of Phanom instead.