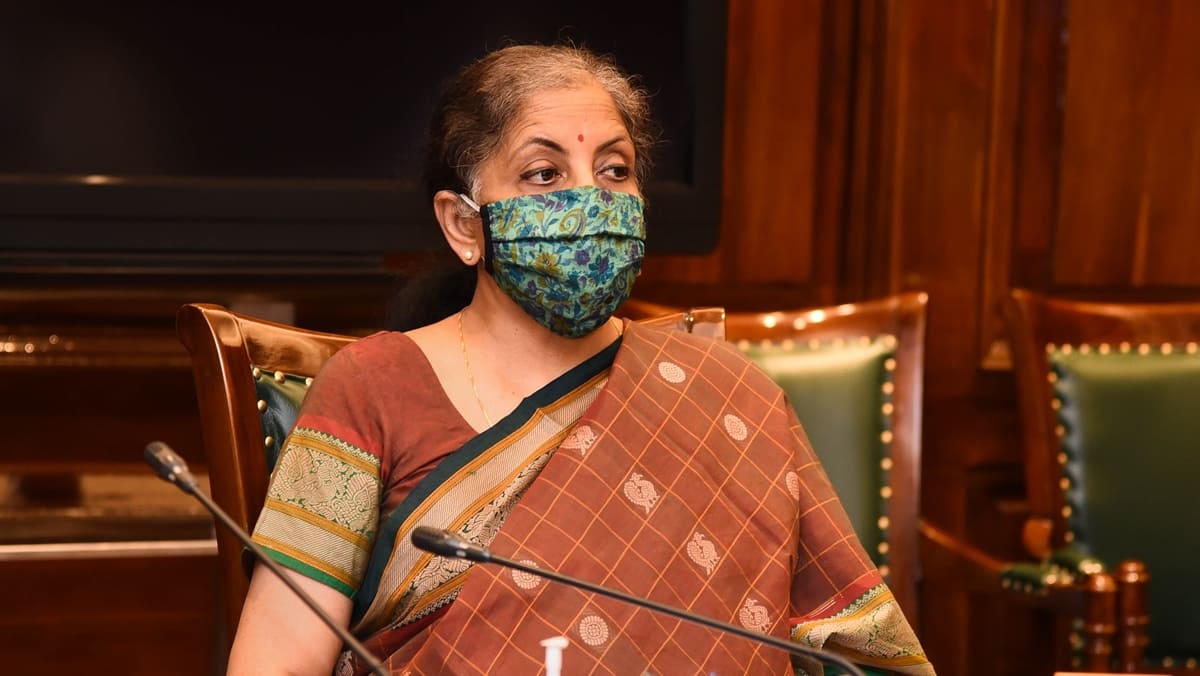 Sitharaman said Saturday the economy continues to face challenges of a different nature with no clear-cut end date for the pandemic, especially in the absence of a sure-shot vaccine.

SIX MONTHS INTO the Covid-19 pandemic, and a sharp 23.9 per cent GDP contraction in April-June following a strict national lockdown, Union Finance Minister Nirmala Sitharaman said Saturday the economy continues to face challenges of a different nature with no clear-cut end date for the pandemic, especially in the absence of a sure-shot vaccine.

In an interview to The Indian Express (detailed transcript to be published tomorrow), Sitharaman said, “Six months haven’t really reduced the challenges but the nature of challenges has changed… and the ministry is now quicker than what it was in terms of responding.”

She said that although the numbers per million and the mortality ratio were both low for a variety of reasons — including heightened public awareness and caution — the Covid-19 was still very much a worry. From social distancing to face masks and frequent hand-washing, “you are doing all this with no material change in terms of handling the pandemic”, she said.

“You don’t have a sure-shot vaccine, you don’t have a clear-cut end date; and with reports in some places that people who have been cured, are getting it back… big uncertainties are playing in the minds of entrepreneurs, small and medium,” she said.

This has adversely impacted economic activity, particularly the services sector, which accounts for almost 55 per cent of GDP. Manufacturing sectors have slowly bounced back with capacity utilisation across several industries reverting to pre-Covid-19 levels.

From India Inc, she said, she had gathered that migrant workers were returning to labour-intensive industries such as garments and apparel, and exports in certain sectors (steel, for example) was also picking up, with the pace of increase in overseas demand higher than domestic demand. “This matches with the ministry’s own findings,” she said. The economy can draw comfort from rural areas which were witnessing full-blown activity. “This is a big story… not just agriculture, but non-agriculture rural activities are also robust,” she said.

Broad high-frequency indicators reveal that the economy has, over the last three months, recovered large parts of lost ground. This is reflected in GST revenues, which in August were 88 per cent of that in August 2019. E-way bills generated in August were 97.2 per cent of the value in the corresponding period last year; the IHS Markit India Manufacturing Purchasing Managers’ Index (PMI) rose to a six-month high of 52 in August from 46 in July. A PMI over 50 represents an expansion when compared with the previous month.

But still, various estimates of GDP contraction in the second quarter – 4.5 per cent (Ficci) to 13.7 per cent (Goldman Sachs), have prompted many recommending to the Prime Minister a much bigger fiscal stimulus. Between PM’s Garib Kalyan Yojana and AtmaNirbhar Bharat, the additional spending by the government has been just about 1.2 per cent of GDP. In presentations made to the PM in June-July, the Niti Aayog, the Chief Economic Advisor’s office and the PM’s Economic Advisory Council, have suggested extra spending of up to 4.5 per cent of GDP.

While a sense of disquiet prevails within a section in the government over what is perceived as risk-aversion, Finance Minister Sitharaman said, “No. I don’t think there is any such a hesitation…I will, of course, time the stimulus.”

Asked if the challenge of defining the beneficiaries was one reason for the restraint, the Finance Minister said with DBT (Direct Benefit Transfer), there was no need to worry about money reaching the accounts of people for whom it was intended. Further, she said the AtmaNirbhar package, for example, was not just one, but comprised so many different things for so many different sectors. “It’s not as if we announced that, and within 24 hours it got exhausted. Actually, it’s rolling on even now,” she said.

Referring to data, for instance, on the 100 per cent Emergency Credit Line Guarantee Scheme, Sitharaman said public and private sector banks have sanctioned loans of Rs 1,77,353 crore, of which Rs 1,25,425 crore, had already been disbursed to MSMEs and individuals.

The frontline sectors — tourism, hospitality and hotels and restaurants — worst hit by Covid-19, the Finance Minister said, were “badly affected”. While tourism has not found any resonance among foreigners — the season begins in a few weeks — domestic tourists are trickling in, especially those in metro cities, who are seeking weekend getaways after having been locked up for long. “Within the hotel and restaurant industry, food takeaways are also increasing,” she said.

Asked what was the most pressing thing on her table as the Budget exercise gets under way in two months, she flagged the set of over 6,000-odd infrastructure projects entailing an investment of Rs 111 lakh crore identified in December 2019.

Amazon Echo Devices: These devices will make your home smart

Sun Sep 27 , 2020
The festive season is round the corner and Amazon has introduced a new line-up of Echo devices. Slowly and steadily, Amazon smart speakers have entered our households, enabling people to get the latest news, weather updates, IPL cricket scores, control smart home appliances, play music and much more—all from the […]