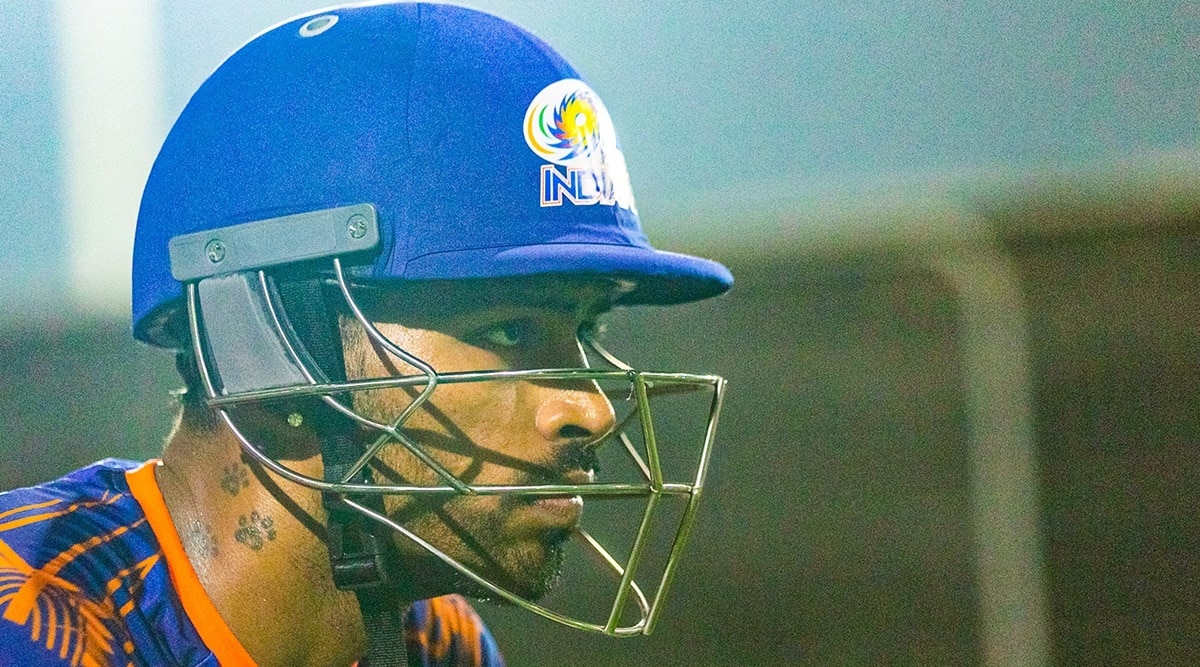 Hardik Pandya’s workload needs to be monitored as he is returning form an injury, said Jayawardene. (Twitter/MIPaltan)

Defending champions Mumbai Indians will take on last year’s runners-up Chennai Super Kings in the opening encounter on Saturday, which will be Hardik’s first game in a year having undergone back surgery for stress fracture last year.

“Hardik is coming back from an injury. So we will have to be mindful of that but he is looking very good in the nets. Both the players (Pandya brothers) have been fantastic for MI over the last three or four years. It brings a lot of energy to the group,” Jayawardene said during MI’s virtual media conference on Thursday.

The Sri Lankan legend was asked whether Hardik will again be assigned the finisher’s job.

“We have used him (Hardik) in different roles in the past and we will look into that. We will have quite a number of other players who can fix into that role as well, so whenever the opportunity is there we ask anyone to finish the game off,” said the former Sri Lanka captain.

“It doesn’t just fall on Hardik but it is one of his responsibilities, so we want to try and challenge players in different ways in this camp, so we will continue to do that,” he said.

Australian dasher Chris Lynn is an opening option but Jayawardene made it clear that Rohit Sharma-Quinton de Kock opening pair wouldn’t be tinkered with.

“Having options is always great. Chris Lynn is a great addition to the squad but the combination of Rohit and Quinton has been there for us, last season they complement each other well,” he said.

“It has been very consistent and both are well experienced cricketers. I always feel ‘why fix something that ain’t broken’. So we will continue to go with that but having Lynn as an option gives us flexibility in the squad.”

The MI coach is also aware that Jasprit Bumrah’s workload management, just like Hardik’s, need to be precise, considering that India will be playing a gruelling four-match Test series against Australia Down Under later in the year.

Jayawardene is happy that Bumrah has worked extensively on his strength and conditioning as well as skills during the extended lockdown.

“Boom (Bumrah’s nickname) has been training really hard during the quarantine period because of Indian commitments (which got postponed).

“He has had a lot of bowling done back home as well, trying to keep up the load, because following the IPL, there will probably a Test series (Australia) for the Indian boys.

“For IPL, he looks quite sharp and Bumrah being very professional, he has looked after himself very, very well during that quarantine period and he is quite eager to go out and perform,” Jayawardene concluded.

The Devil All The Time review: Bad vs Evil