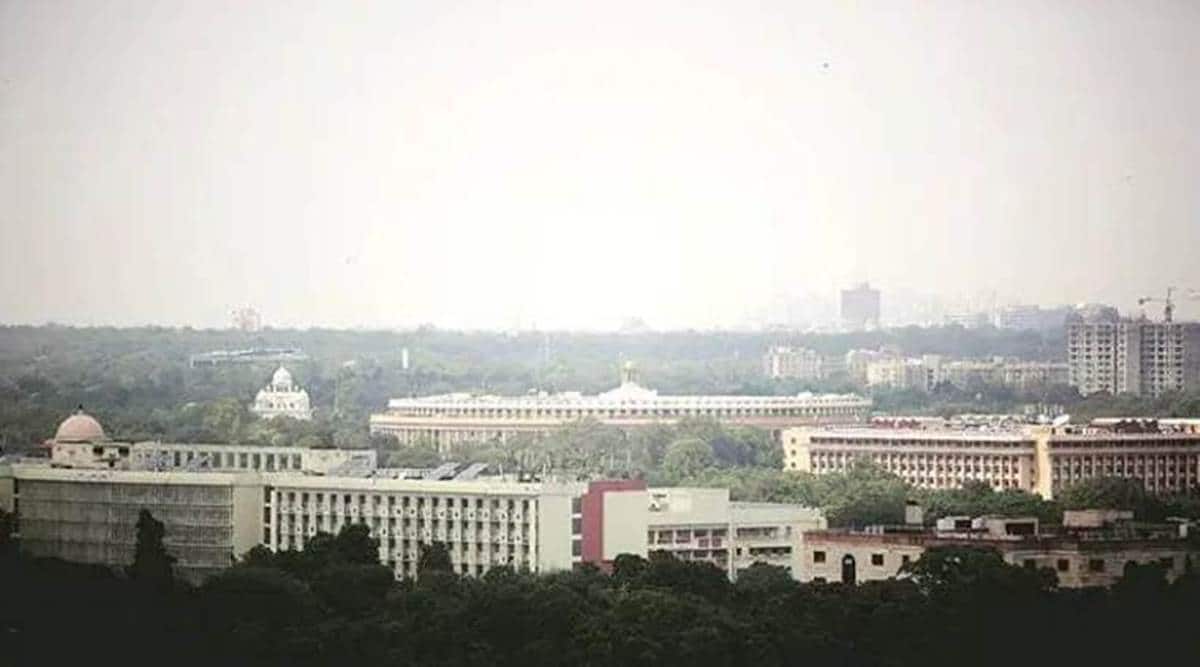 The Opposition also suggested that the Rs 20,000-crore Central Vista project should be cancelled to put in that money for the country’s fight against Covid pandemic. (Express photo by Praveen Khanna/File)

On a day when the Lok Sabha unanimously backed the government’s move to slash salaries of MPs by 30 per cent to meet the exigencies arising out of the pandemic, a united Opposition asked the government to restore the Members of Parliament Local Area Development Scheme (MPLADS), funding for which has been suspended for two years.

The Opposition also suggested that the Rs 20,000-crore Central Vista project should be cancelled to put in that money for the country’s fight against Covid pandemic.

The Lower House passed the Salary, Allowances and Pension of Members of Parliament (Amendment) Bill, 2020 that seeks to reduce salaries of lawmakers by 30 per cent for one year as part of austerity measures introduced in view of Covid-19.

While extending support to the move, all non-NDA parties demanded that the MPLADS funds, meant for development work in constituencies, be restored immediately. Some members even said it should be increased. The Congress, DMK, NCP, YSRCP, TRS, TDP, BJD and BSP sought restoration of the funding.

How the MPLAD scheme works

Under the MPLAD scheme, MPs can recommend development programmes involving spending of Rs 5 crore every year in their respective constituencies. MPs from both Lok Sabha and Rajya Sabha, including nominated ones, can do so. MPs and MLAs do not receive any money under these schemes. The government transfers it directly to the respective local authorities. The legislators can only recommend works in their constituencies based on a set of guidelines that focus on the creation of durable community assets like roads, school buildings etc.

However, Parliamentary Affairs Minister Pralhad Joshi, who replied to the debate, did not make any commitment.

Congress MP Dean Kuriackose, who moved a statutory resolution against the ordinance, pointed out that the total collection from salary deduction would be around Rs 50 crore, which is nominal compared to the economic package announced by the government in view of the outbreak. DMK’s Kalanidhi Veeraswami pointed out there were other ways to mobilise funds. “There is a proposal that the amount of about Rs 20,000 crore to be spent on the Central Vista project could instead be used to combat Covid-19,” he said.

“Even if it (the money saved out of MPs’ salary cut) means a drop in the ocean, we are happy to do so because we want to stand with the nation. But this amount is just 12.5 per cent of the money estimated for the Central Vista Project. Who wants this project now? You can take that money and invest in Covid hospitals and ventilators,” NCP’s Supriya Sule said.

TMC leader Sougata Ray, who moved an amendment to increase the salary cut to 35 per cent, said the government should take away the entire salary of MPs, but retain MPLADs. “You are ready to spend Rs 20,000 crore for Central Vista and you are taking away petty amounts from the MP,” he said. Ray also asked the government to disclose the cost of the new aircraft purchased for the Prime Minister.

Congress leader Adhir Ranjan Chowdhury said the House was united on the issue and suggested that there could be a resolution for restoration of the funds.

Tue Sep 15 , 2020
Written by Deeptiman Tiwary | New Delhi | September 16, 2020 1:45:05 am The information was given in Lok Sabha by Minister of State for Home Nityanand Rai in response to two separate questions by Opposition members. (File) Migrants took to walking hundreds of kilometres to their homes during the […]