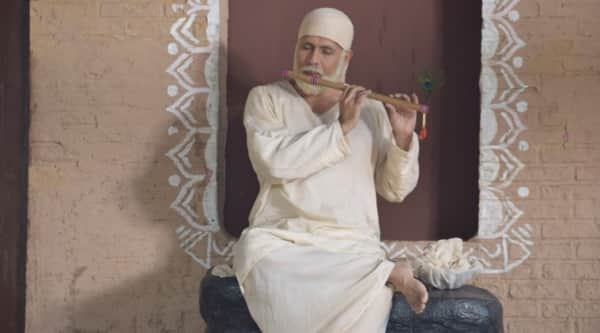 Television shows recently resumed shoot after almost 100 days. While most serials are gearing up to air new episodes, Sony TV’s Mere Sai has faced a setback as one of the crew members has tested positive for coronavirus. The shoot has been halted and the entire team has been asked to self-quarantine.

Tushar Dalvi, who plays the titular role in the show, exclusively told indianexpress.com that the news did come as a shock, but the team has been professional and cooperative. He also informed that the shoot has been put on hold till July 7.

The actor said, “I won’t call it a setback given mentally everyone is prepared for something like this to happen to anyone. It just happened a little too soon for us. The moment we got to know about the case, we all quarantined ourselves. I am at home, and feeling all fine. Even the other team members are all doing good, and we are looking forward to resume shoot again.”

Tushar Dalvi further said that while his family is worried, he is not thinking much about the current situation. He added such reality checks would come every now and then. “The virus is not going anytime soon. And till the time a vaccine is not available, one cannot really avoid such a situation. It’s important to not get scared, rather be cautious and fight it. The team has taken this incident in their stride and would be more than careful in the coming days,” said Dalvi.

As per sources, the infected person was part of the direction team. While he was present on the set a few days back, he did not come in contact with anyone after he fell ill. The patient is right now in a quarantine facility and is doing well. However, as a precautionary measure, the set located in Mira Road has been thoroughly fumigated and disinfected.

This is the first case of COVID-19 on a television set. Earlier though TV actors Mohena Kumari Singh and Additi Gupta tested positive for the virus. While Singh has already recovered, Gupta is on the path to recovery.

Minutes from home, brothers killed in riots made desperate calls to their family