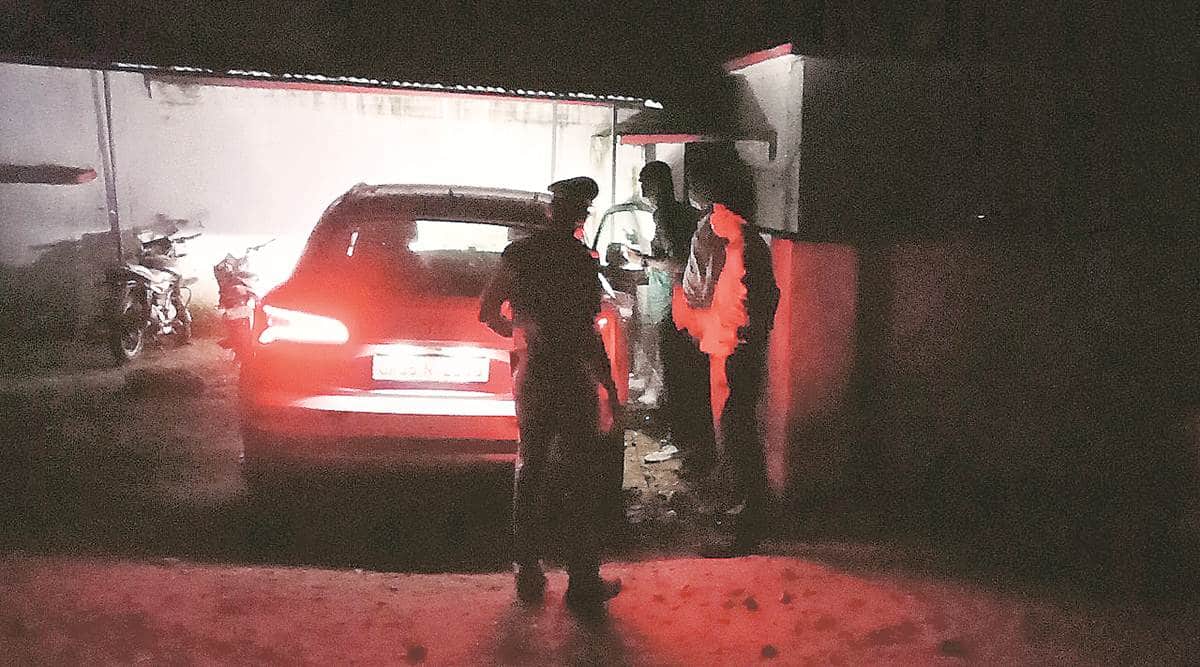 UP POLICE suspect the role of an “insider” in the lethal attack on a 44-year-old businessman in Mahoba whose killing has led to a senior police officer being suspended and named in the FIR, The Indian Express has learnt.

According to police sources, investigators suspect that two other persons were present inside the car in which the victim, Indra Kant Tripathi, was found with a bullet injury on his neck on September 8. Tripathi succumbed to the injury on Sunday.

“We suspect that the two others were seated in the back, and one of them shot the victim who was in the driver’s seat. There was no sign of any scuffle or damage inside the car,” said a senior police officer. “We have recovered an empty shell from inside the car,” said IG (Chitrakoot Dham Range) K Satya Narayan. While no arrest has been made so far in the case, Narayan said that statements of 18 persons have been recorded.

Police are searching for a local gangster, Ashu Bhadoria, in the attack for which the then Mahoba SP Mani Lal Patidar is among those booked following allegations from Tripathi’s family about the officer’s role in the incident. Patidar had earlier been booked in a separate case of extortion filed by another businessman.

Police are, meanwhile, collecting details of those associated with the victim and verifying their location at the time of the attack. Police have also collected Call Detail Records of Tripathi’s phone to trace those who were in contact with him in the days leading up to the attack. “The statement of the victim could not be recorded because of his critical health. Notices are being sent to those booked in the case and those close to the victim to get their statements recorded,” an officer said.

However, Tripathi’s family members claimed that police are “trying to divert the investigation” by focusing on those close to them.

“Instead of questioning those named in the case, police are picking up people close to us for questioning. We suspect that they want to give a clean chit to the accused. Police have also been deployed on all roads leading to our residence. They are recording details of people visiting our house to create fear,” Tripathi’s elder brother, Ravi Kant, said.

In the FIR, Ravi Kant alleged that his brother, who was running a mining business, was killed after he refused to give money demanded by Patidar. Besides Patidar, Kabrai SHO Devendra Shukla and two local businessmen, Suresh Soni and Brahmdutt, were named in the FIR.

Shukla has also been placed under suspension. Suresh Soni is Tripathi’s neighbour, and his house was found locked on Tuesday.

Tripathi’s family demanded Rs 50 lakh as compensation from the government and free education for his children, Ananya (14) and Anshuman (9), till graduation.

Best ways to invest in gold this pandemic

Ishan Kishan was tired, we had faith in senior players to bat well in Super Over: Mahela Jayawardene