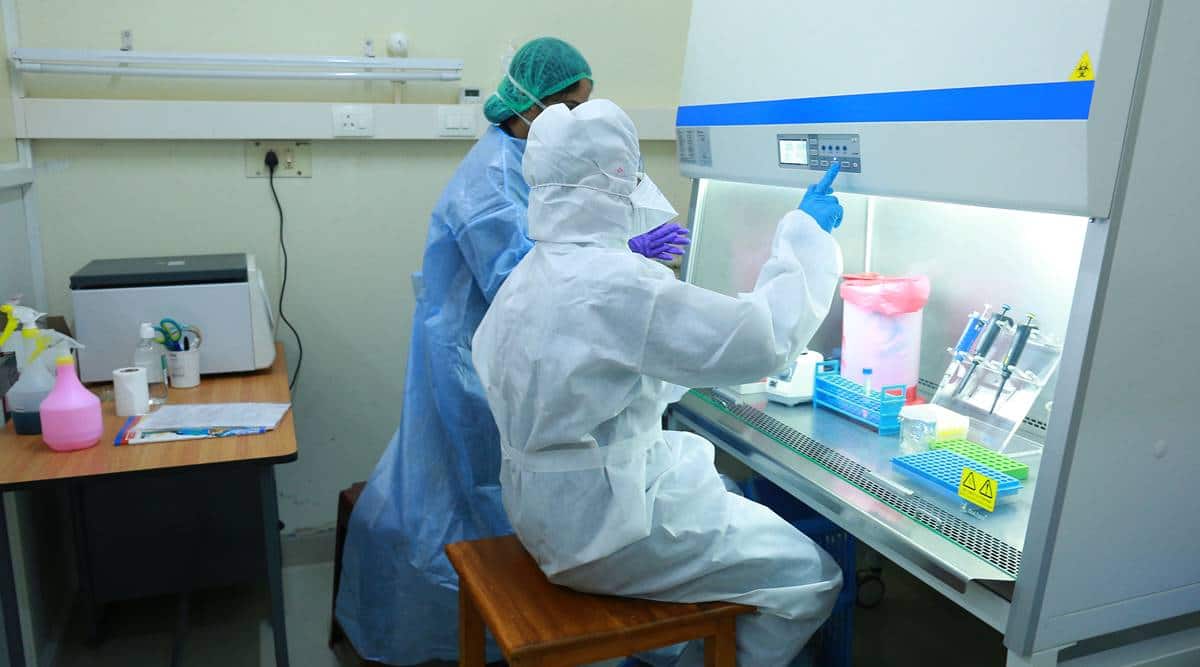 While Kerala’s Covid-19 indicators remain a cause of worry and the state is now ranked sixth among states in total caseload, testing of samples has not increased in recent days in keeping with the increas in test positivity rate.

While the state Health Department says the low number of testing over the last one week was due to a “software hiccup”, Opposition Congress has alleged that the situation reflects the state government’s attempts to cover up the magnitude of the spread of the virus, and experts warn of the danger of big spread if this continues for long.

The growth of positive cases nationally is 0.9 per cent. In Kerala, it is 2.8 per cent – the highest among all states. Kerala’s test positivity rate is 17.32 per cent, against the national figure of 5.93 per cent.

Positivity rate is the percentage of people found infected with coronavirus from among those tested. It is indicative of the spread of the disease in a particular area.

Diving down in testing times

From a high of testing 73,816 samples on October 7, from which 10,606 cases were detected, the state has failed to take the daily testing numbers beyond the 70,000-mark since. In fact, the number even dropped to approximately 38,000 on one day. On most recent days, the state has been testing less than 60,000 samples a day.

Kerala, however, has not brought in a corresponding increase in testing to check if more people are infected with the disease.

Kerala Social Security Mission director Dr Mohammed Asheel, a member of the state’s Covid-19 core team, blamed it on a software issue. “The state has developed a new software to collect more details of samples tested as per ICMR guidelines. It has more details to be filled or entered, and is thus time-consuming. Those details need not be collected at sample collection point, but we are collecting them at sample collection point itself, which has caused delay,’’ he said.

Dr Asheel maintained that low testing dies not mean missing more positive cases: “If we are missing positive cases, that would have reflected in an increase in hospitalisation and death cases. But such a situation has not come up. In fact, we have increased testing, but all negative cases from the tested lot are not reported, which shows a high test positivity rate.”

However, experts said that as 70 per cent of state’s cases have been asymptomatic, such reflection on hospitalisation need not happen. Only testing would reveal such cases remaining undetected.

Pointing out that the state’s daily testing has declined over the last one week, health economist and guest faculty at IIM-Kozhikode, Prof Rijo M John, said: “Software issue cannot persist for such a long period during a pandemic. It cannot be an excuse not to increase testing. When not enough samples are tested, many cases go undetected. Eventually, such undetected cases would further cause spread of the virus.”

Indian Medical Association’s Kerala chapter secretary Dr P Gopakumar said many cases remain undetected for want of enough tests. “We have been demanding more tests to detect cases, but we have realised that the state is now testing only vulnerable and symptomatic persons. Any delay in testing a higher number of samples would lead to spread of the disease in the society,’’ he said.

Opposition Congress leader Ramesh Chennithala said, “There is a bid to reduce tests, particularly antigen tests, to show that the state has managed the Covid-19 situation. The Centre has now deputed a team to Kerala after the state’s Covid control measures have failed.”

Sat Oct 17 , 2020
The real estate developer’s income, however, fell 36% YoY to Rs 325 crore during the September quarter in FY21, the company reported in a regulatory filing. Mumbai-based Oberoi Realty on Friday reported an almost flat consolidated net profit of Rs 137.74 crore on an annual basis for the July-September quarter […]