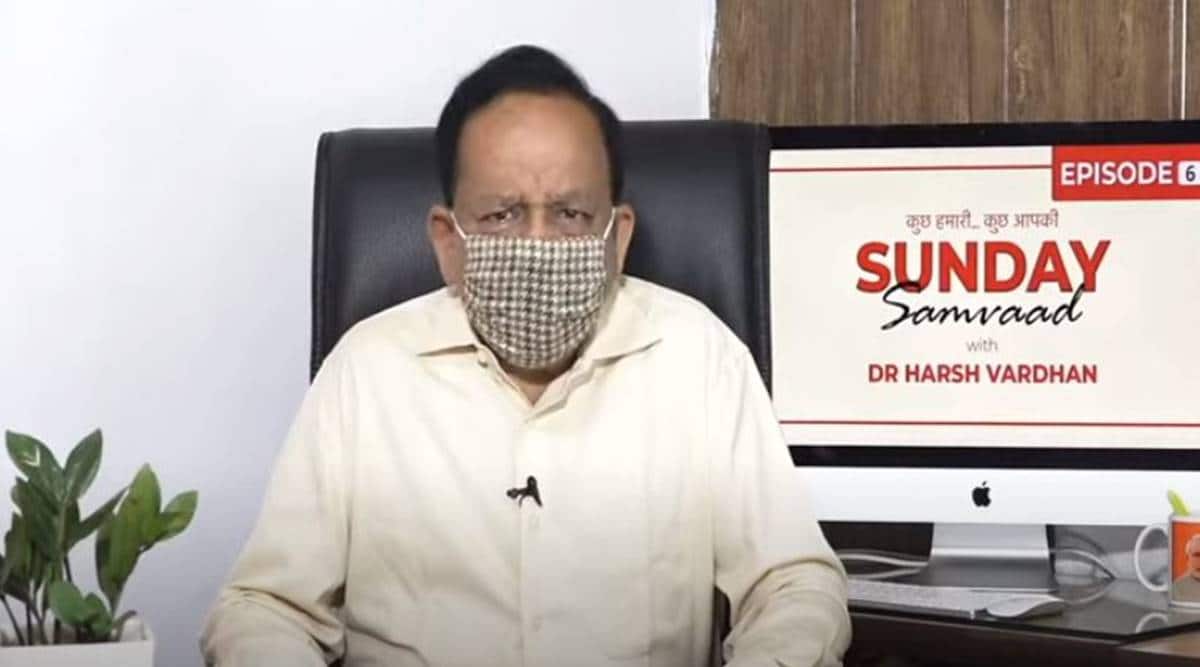 Union health minister Harsh Vardhan Sunday said negligence during Onam led to the spike in Covid-19 cases in Kerala, and other states should ‘learn a lesson’ from this.

Kerala, which had successfully flattened the infection curve by the first week of May by bringing the number of active cases below 20, has added over three lakh cases since then. With daily new infections between 7,000 and 10,000, Kerala is back on the list of top 10 states with maximum caseloads.

The Union minister, answering a question from a citizen as part of his ‘Sunday Samvaad’ programme, said, “Between January 30 and May 3, Kerala reported just 499 cases and 2 deaths. The majority of the cases were concentrated in Kasaragod and Kannur districts. Subsequently, Covid-19 cases cropped up in other districts due to increase in inter and intra-state movement of people due to trade and tourism.”

He continued, “And then the curve of Kerala changed completely due to Onam festivities. The Onam festival lasted from August 22 to September 2. During this period, there were huge congregations across the state, where people did not take adequate precautions. Kerala, which was reporting an average of 2,000 cases in the first week of September, reached 4,000 average cases fortnightly –– which means it was adding 7,000-8,000 daily new cases.”

The minister alleged Kerala ‘paid the price for its gross negligence’ during the festival season, a factor that other states must keep in mind with the Navratri-Diwali season ahead.

“I would say other states should learn a lesson from Kerala’s spurt due to negligence during the Onam season. All states need to be careful during the upcoming festival season and ensure Covid-appropriate behaviour. Otherwise, it may result in a rapid increase in cases across India. This caution must be exercised over the next three months at least,” he said.

Kerala health authorities, including minister KK Shailaja, have admitted in recent weeks that the Onam festival in the last week of August, a period which saw higher social interaction, had a direct bearing on the spurt of infections in September and October. There was laxity on the public’s part in following Covid-19 protocols during Onam, she had said.

The other factor the government has held responsible was the state-wide protests by the Opposition UDF and the BJP demanding the resignation of higher education minister KT Jaleel in an alleged FCRA violation case. Many political workers from the Congress and the BJP, as well as over 200 police officers present during the agitations, were infected with coronavirus.

State authorities, however, also point to the lower mortality rate as an indicator for success in Covid-19 management.

As of October 18, there were 1,139 deaths in Kerala, a mortality rate of 0.34%. Comparatively, regions like Delhi and West Bengal, which have lower caseloads than Kerala, have mortality rates of 1.82% and 1.88% respectively.

Health officials in Kerala believe that if protocols are followed strictly, the infection will hit its peak by October-end, followed by gradual fall in cases.

Coronavirus India Live Updates: Fatality rate below 1.5%, among lowest in the world