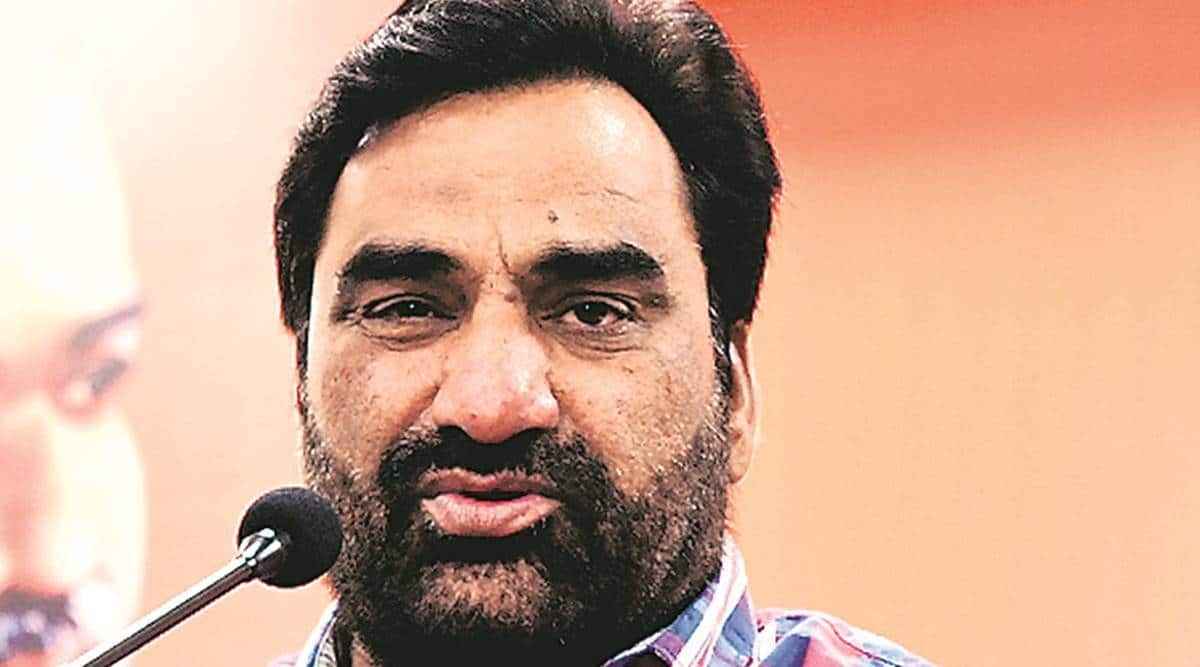 Beniwal is the national convenor of the Rashtriya Loktantrik Party and a part of the BJP-led NDA. Ahead of the Parliament Session, he underwent a mandatory test for Covid on the Parliament premises.

Nagaur MP Hanuman Beniwal, who was found positive for Covid-19 in the test conducted ahead of the Lok Sabha session in Delhi but later tested negative in Jaipur, has demanded an inquiry into the contradictory reports. The positive test meant he was advised 14-day home quarantine and had to skip the Parliament session.

Lashing out at the Indian Council of Medical Research (ICMR) over the efficacy of the tests conducted on MPs, Beniwal has asked the Union Health Ministry to make its stand clear on his tests.

Beniwal is the national convenor of the Rashtriya Loktantrik Party and a part of the BJP-led NDA. Ahead of the Parliament Session, he underwent a mandatory test for Covid on the Parliament premises on September 11. He said he received a call from the Parliament staff two days later when he was in Jaipur, informing him his results were positive. Subsequently, he said, he underwent another test at SMS Hospital in Jaipur, which returned negative.
Incidentally, Beniwal had Covid-19 earlier, in late July, and had subsequently recovered.

“The ICMR has not made it clear what to do next, whether they will conduct a test again. The Union Health Minister should make a statement about this; I’m a part of the NDA. I don’t know what the policy of the ICMR is, and why they are keeping me out,” Beniwal told The Indian Express, adding that doctors had told him he could donate plasma because he had developed enough Covid antibodies.

“Either of these reports is correct. Hence, the Union Health Ministry should make things clear. I had everyone around me tested, including my family and staff, and all the results came negative. The Ministry should fix responsibility,” he was quoted by PTI as saying.

“They may have some planning,” Beniwal added, implying that it might all have been part of a plot to keep him away as he had talked about a “recruitment scam” at AIIMS, Jodhpur. “I am going to write to the Prime Minister, Union Health Minister and Lok Sabha Speaker. If this is the condition of an NDA MP, you can imagine the situation of the common man. The PM talks of his Mann ki Baat, I’ll write about the mann ki peeda (pain) of an NDA MP,” he said.

The Rajasthan government on Tuesday lowered the prescribed maximum rates of Covid-19 tests at private hospitals and laboratories in the state to Rs 1,200.

Health Minister Dr Raghu Sharma said that the prices of RT-PCR testing kit, reagents, VTM kit and other consumables have reduced, so it was decided to provide the testing facility to the public at lower prices. This decision was taken after consulting senior doctors of Sawai Man Singh Medical College and other subject experts.

Health department principal secretary Akhil Arora has also issued an order in this regard. According to the order, using the vested power in section 4 of Rajasthan Epidemic Ordinance, 2020, the maximum price for RT-PCR test of Covid-19 has been fixed at Rs 1,200 inclusive of GST, at the private laboratories accredited by NABL and approved by ICMR to provide easy and accessible testing facility to the general public. Earlier, the price was fixed at Rs 2,200.

Tue Sep 15 , 2020
Written by Prabha Raghavan | New Delhi | September 16, 2020 3:05:20 am Sputnik V is a human adenoviral vector vaccine, which basically uses a genetically modified virus to carry the code for the cells in the human body to produce the spiky outer layer (spike protein) of the SARS-CoV-2 […]