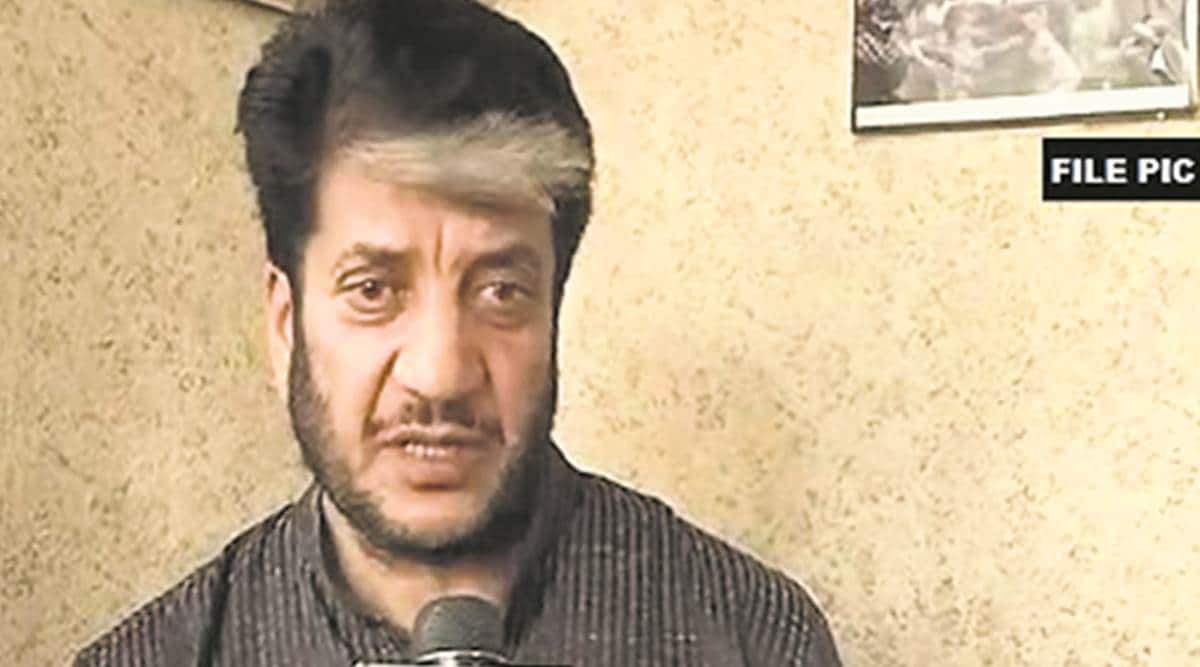 The probe agency named her as an accused in its supplementary charge sheet filed in the case on Wednesday.

The Enforcement Directorate has made Kashmiri separatist leader Shabir Shah’s wife Bilquis Shah an accused in a 2005 money laundering case against him and reported hawala dealer Mohammad Aslam Wani for alleged terror financing to cause unrest in J&K.

The probe agency named her as an accused in its supplementary charge sheet filed in the case on Wednesday.

Additional Sessions Judge Dharmender Rana will take up the matter on November 10.

It said the claim was based on Wani’s disclosure in the case, where he admitted that “all amounts were in cash and were handed over to Shabir Ahmad Shah and on three occasions to Dr. Bilquies Shah”.

The ED said: “She received the said amount knowing fully well that her husband had no known sources of income and this money could not have been obtained through licit means.”

“It clearly implies that Dr Bilquies Shah was an active accomplice of Shabir Shah in his illicit criminal activities”.

She had spent money in excess of her known sources of income towards her monthly expenses, daughters’ education, maintenance of vehicle and investments in financial instruments, it said, adding that this proves illicit money acquired by them was spent on meeting these expenses and investments.

“Shabir Shah and his wife Dr. Bilquis Shah by way of criminal activity related to scheduled offences had acquired huge sum of money through Hawala route from Pakistan and laundered the same by using part of it in acquisition of movable & immovable properties and to meet their lifestyle expenses”, it said, terming the properties as “proceeds of crime”.

The charge sheet added: “Dr Bilquis Shah is guilty of offence of money laundering as defined in Section 3 of the PMLA, as she was directly or indirectly indulging in and actually involved in all or any process or activity connected with the proceeds of crime including its concealment, possession, acquisition or use and projecting or claiming it as untainted property accordingly Dr Bilqies Shah has also been arrayed as an additional accused in this Supplementary Complaint (ED’s equivalent of a charge sheet).”

The ED said Shabir Shah was the main accused named in the charge sheet as he was the conspirator who had devised the whole scheme of money laundering by obtaining illicit funds from outside India to further the nefarious designs of causing unrest in J&K.

Shabir Ahmad Shah was in regular touch with Hafeez Sayeed, a global terrorist, head of Jamat-ud-Dawa. He was further in regular touch with Mohd. Shafi Shayar, based in Pakistan, whose Pakistani phone number was provided by him to Aslam Wani for collecting the crime money in Delhi on his behalf.

Shabir Shah had taken the services of Aslam Wani in the on a commission basis plus reimbursement of expenses, to collect crime money from Pakistan at Delhi and to carry the same for onward delivery to him or his wife Dr Bilquis Shah, it said. Aslam Wani used to receive hawala money from Pakistan at Delhi and carried the same to Srinagar on the directions of Shabir Shah and in lieu of these services, he was paid money by Shabir Shah, it said.

The charge sheet has been filed under sections 3 and 4 (money laundering) of Prevention of Money Laundering Act.

The agency had earlier filed charge sheet against Shabir Shah and Aslam Wani.

The ED alleged that Wani was asked by Shah to “work for him (on a commission basis) in collecting hawala money from Delhi and deliver to him at Srinagar.”

The case dates back to August 2005 in which the Delhi Police’s Special Cell had earlier arrested Wani and recovered Rs. 62.96 lakh cash, five Kgs of explosives and one pistol with 15 live cartridges from his possession. Wani had claimed that he had to deliver Rs. 52,96,000 to Shabir Shah in Srinagar and the remaining Rs. 10 lakh were to be paid to the activists of Jaish-e-Mohammad.

Wani stated that Shabir Shah was directing hawala operators including some from Pakistan to deliver money to him in Delhi. He also submitted that he was working on the directions of Shabir Shah and even in the past he had taken money to be delivered to Shabir Shah in Srinagar.

Wani had then claimed that he had given Rs. 2.25 crore to Shah, following which the ED had registered a criminal case under PMLA against the duo in 2007.

Does Coronavirus spread during flight journeys? Here is what we know about in-flight transmission of COVID-19