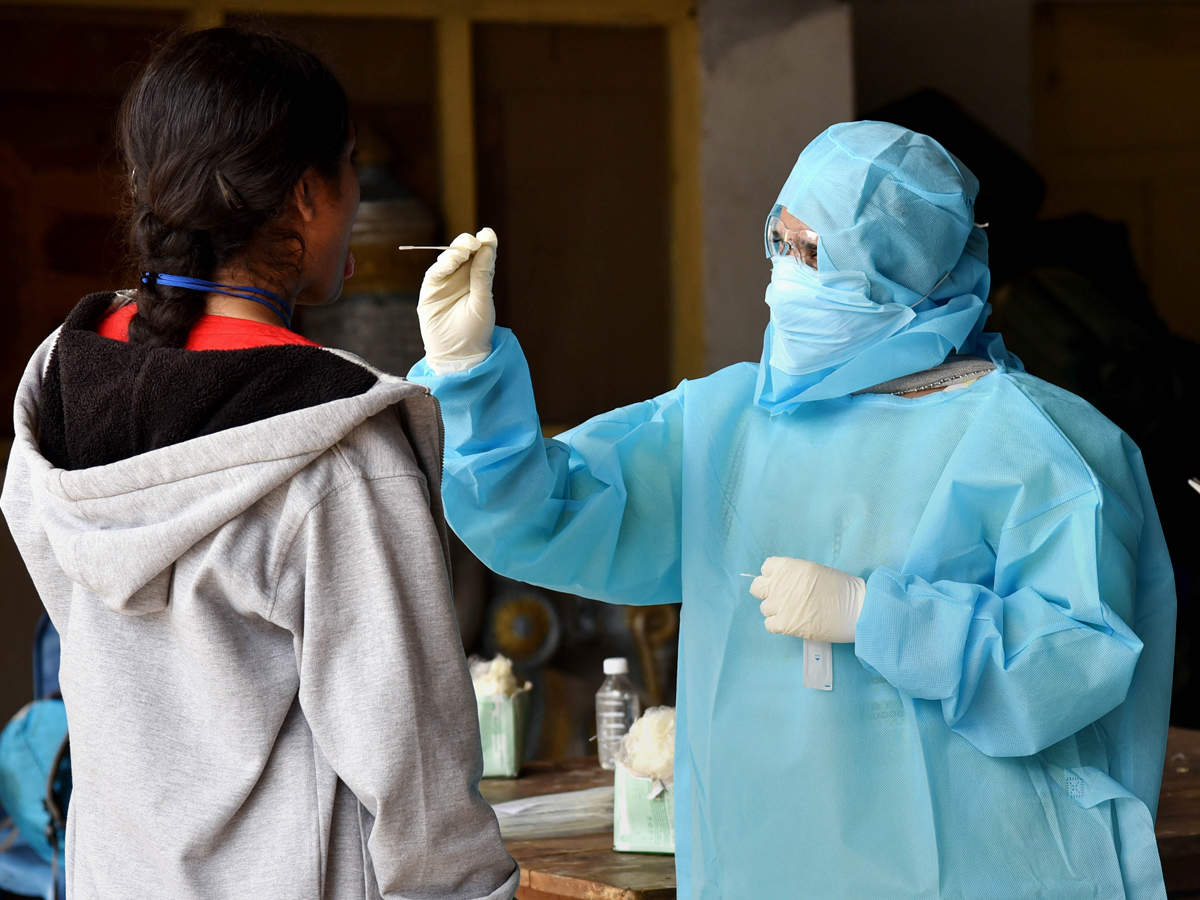 NEW DELHI: Maintaining a “steady declining trend”, the number of active Covid-19 cases in India stayed below eight lakh for the second consecutive day on Sunday and comprised 10.45 per cent of the total caseload, the Union Health Ministry said.

The Covid-19 recovery rate in the country has improved to 88.03 per cent, the ministry said.

As many as 22 states and Union Territories, including Madhya Pradesh, Gujarat, Bihar, Jharkhand, Punjab, Arunachal Pradesh and Chandigarh, have less than 20,000 active cases.

“The declining trend of the active cases is complemented by the unbroken rising number of recovered cases,” it highlighted.

A total of 72,614 coronavirus patients have recovered and discharged in a day while 61,871 new infections were reported during the same period, according to the health ministry data.

Maharashtra has contributed the maximum with over 14,000 single-day recoveries.

Of the 1,033 death reported in a day, Maharashtra, Uttarakhand, Karnataka, West Bengal, Tamil Nadu, Uttar Pradesh, Delhi, Punjab, Andhra Pradesh and Kerala account for nearly 86 per cent of the fatalities.

More than 44 per cent of new fatalities reported are from Maharashtra which registered 463 deaths.

India’s Covid-19 caseload mounted to 74,94,551 with 61,871 new infections being reported in a day, while the number of recoveries surged to 65,97,209 pushing the recovery rate to 88.03 per cent, according to the Health Ministry data updated on Sunday morning.

India stood second behind the US in terms of active cases of Covid-19 as well as total caseload, according to Worldometer, a website that publishes coronavirus statistics from across the globe.

Also, the country is in the pole position in terms of the number of recovered cases and third in terms of fatalities globally behind the US and Brazil.

US Election 2020: Obama says Donald Trump seeking second term to help himself and his wealthy friends